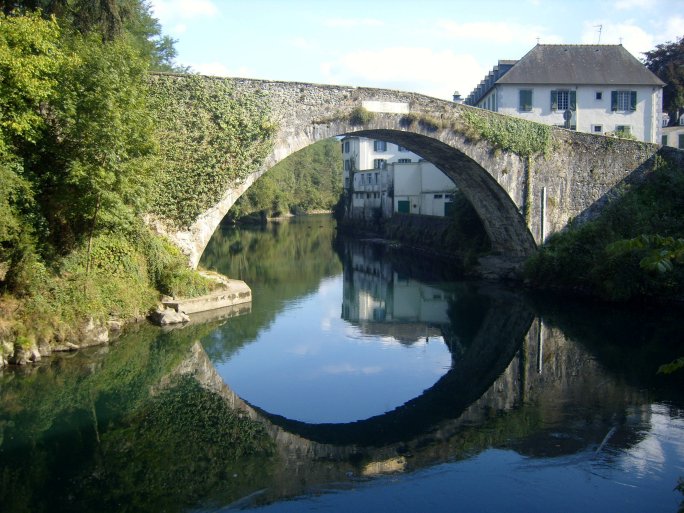 The Story of Bernadette

Bernadette Soubirous was born on the 7th January 1844. Her father Francois and mother Louise were tenants of a local flourmill - the Boly Mill - which had been worked by Louise’s family for more than 50 years.

Shortly after Bernadette was born, her mother suffered a terrible burn and was unable to feed her new baby. Bernadette was entrusted to the care of Marie Lagues in the village of Bartrès about 4 km from Lourdes. Marie Lagues was paid a small sum each month to be Bernadette’s wet nurse until she was aged two, when she returned to live in the mill with her family. The next 8 years were spent very happily in the Boly Mill in a loving environment.

Unfortunately Francois was not very business minded and when Bernadette was aged 10 the Soubirous family were evicted from Boly Mill. They eventually found shelter in the Cachot - the former town jail. Bernadette went once more to live with her former foster-mother in Bartrès.

Bernadette was devout in her faith and wanted above all else to take her First Holy Communion. As an uneducated, illiterate 13 year old Bernadette struggled to learn her catechism which was recited in the unfamiliar French language as she herself only spoke the local ‘Bigourdan’ dialect. It
was therefore decided that she would have a better chance if she returned to Lourdes, albeit to the cachot, where she could be enrolled at a free school and attend catechism class.

On 11th February 1858 Bernadette, with her sister and a friend, went to collect firewood from Massabielle and it was on this day that she first saw ‘A beautiful lady’. This was the first of 18 Apparitions. It was during the 16th Apparition that the beautiful lady revealed herself to be the Blessed Virgin with the words spoken in the local dialect ‘Que Soy Era Immaculada Conceptiou’- I am the Immaculate Conception.

Bernadette left Lourdes in 1866 at the age of 22 to join the Sisters of Charity at the Convent of St.Gildard in Nevers. Whilst in the convent Bernadette spent most of her time in the infirmary, either caring for the sick or as a patient there herself. She died in 1879 at the age of 35 after a life which had involved much physical suffering. During the canonisation process her body was exhumed three times and deemed to be incorrupt. St Bernadette was canonised in 1933.Her body now lies in a glass coffin in the Chapel at Nevers approximately 700kms from Lourdes.